Could the Olympic cycling accidents have been prevented?

The Olympics are well under way and athletes are pushing themselves to their absolute limits in pursuit of their dreams however, when limits are challenged then there are always risks and unfortunately we have seen a number of incidents involving athletes.

A particularly serious one involved the Dutch cyclist, Annemiek van Vleuten, who is now receiving treatment for small fractures in her back following a fall on the final descent in the female Olympic Road Race.

Cycling’s governing body, the UCI, defended the course, saying it “was carefully designed and extensively tested”. It added: “We do our utmost to design safe, challenging courses but unfortunately crashes do sometimes occur due to a combination of factors.”

Designing risk out of the road race Good health & safety management starts with design and it’s clear that the design of the course was in question. In the context of the Construction Regulations (Design & Management) if they applied the design requirements to the race then the course designers would need to eliminate – as far as is reasonably practicable – foreseeable risks to the health or safety of any person. If it was not possible to eliminate risk, then they would need to take steps to reduce – or if this is not possible – control the risks through the design process.

In the context of this race then a fall from a bike is a foreseeable risk however would it be reasonably practicable to eliminate this risk?  Falls from bikes occur regularly in races and in my opinion cancelling the race wouldn’t have been reasonable as there are too many other variables involved that can still cause a fall from a bike, apart from the course design itself.

Could the design have reduced or controlled the risk? Without knowing the roads in this area then it’s difficult to know whether the course could have been designed to avoid this particular descent but in theory I’m assuming the designers could have.

However, it still couldn’t have guaranteed that a fall wouldn’t happen on a different route; the organisers therefore clearly decided that the design of the route was acceptable and that any residual risks could be reduced or controlled. It could be seen that they had taken steps to reduce and control the risk by placing barriers and fences on various corners and to do this they presumably risk assessed the course in order to decide which bends were the most dangerous.

The question here is whether this was reasonably practicable. I would argue that it wouldn’t be reasonably practicable to have barriers on every corner, just the ones where a fall was most likely and this is what the organisers did. Having seen the incident take place live and analysing the pictures of the fall it seems that the rider’s rear wheel slipped which caused her to lose control of the bike, flip over the handlebars and hit the ground. It was probably her speed combined with the surface which might have been uneven or damp causing the incident; based upon this I don’t think the organisers could have reasonably done any more than they did.

The challenges of risk assessment in Cycling

Ultimately this highlights the challenges of assessing, controlling risk and deciding what is reasonably practicable. Different people have different ideas of what is acceptable risk and what isn’t. Clearly Chris Boardman felt the risk wasn’t acceptable but the organisers did; different people do have different ‘appetites’ for risk and this is one of the challenges of risk assessment. It can be subjective which is why a team approach is often best as it balances out differences in ‘appetite’.

Different people and organisations also have different ‘agendas’ and this can drive differences in risk assessment. The organisers for instances wanted the race to proceed. Similarly in the business world there are often pressures to proceed even when the risks identified are high. The actual cyclists also have their own agenda as well. They want the reward of winning a Gold medal and they’re perhaps motivated to accept the high risk. Similarly employees may also be motivated to take risks in order to achieve bonuses etc. The key thing is that risks are assessed and managed and in my view the race organisers did protect the cyclists as far as reasonably practicable, in the same way that businesses must do.

This was ultimately an accident and all the controls in the world wouldn’t have stopped the rider pushing to the limits and going just too far. 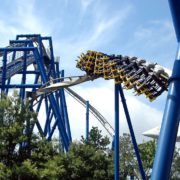 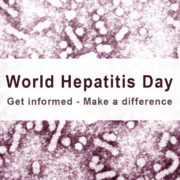 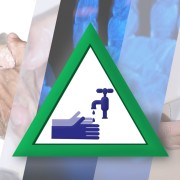 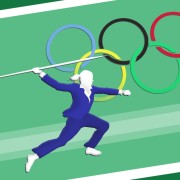 Considering the Olympics – Health vs. Safety 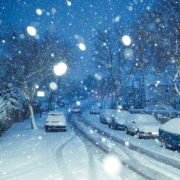 Holiday Health and Safety on the Move
Scroll to top