An Overview of Occupational Cancers

Leading up to World Cancer day I decided to have a look into Occupational Cancers, breaking down the key points to help spread awareness.

These are the types of cancers that are often associated with hazards or chemicals found in the workplace. Although over the years the numbers of these incidences have decreased due to an increased understanding of these agents, there is still a very real risk.

Exposure to carcinogens in the workplace is the primary cause of occupational cancers, these carcinogens fall into 1 of 3 categories:

Chemical Carcinogens– Some of the Chemicals used in the workplace are known to be carcinogens. Some of these are naturally occurring such as asbestos. Some are manufactured (e.g. vinyl chloride) or are by products of industrial processes (e.g. polycyclic aromatic hydrocarbons or PAH’s).

PAH’s generally refers to a group of over a hundred chemicals that are released during the combustion of oil, coal, petrol, diesel, wood and tobacco amongst others.

Physical Carcinogens – Ionising and Ultraviolet Radiation. UV Radiation causes damage to DNA (Deoxyribonucleic Acid) which can build up causing cells to grow out of control, leading to skin cancer.

Ionising Radiations include X-rays, Alpha, Beta and Gamma Radiations; these have a higher frequency and shorter wavelength than non-ionising radiation, though despite being a health hazard they have many practical uses. Exposure to ionising radiation can cause burns and again genetic damage leading to cancer.

Biological Carcinogens – Some cancers are known to be caused by biological agents such as viruses. These can affect the body by damaging the cells or by decreasing the body’s ability to deal with abnormal cells as is the case with Hepatitis B and the H.I.V virus.

According to a British study: Over 1 year, 5% of deaths (8000) were attributed to occupational exposure.

The number of deaths caused by accidents for the same period was 200. Almost 40 times the amount were attributed to cancer.

In Great Britain alone it is estimated that 13,500 new registrations, or newly occurring cases, per year, are attributed to occupational cancers.

Below are 2 lists from the IOSH website, of cancer causing exposures and types of occupational cancer along with their afflicted areas of the body.

Help make our industries safer with a NEBOSH Construction qualification

Cancers associated with occupational exposure include:

In the motor trade alone there are many exposures to carcinogens. From asbestos in brake and clutch linings to chemicals such as Toluene-2,4-Diisocyanate used in vehicle paints and lacquers. Even old engine oil can cause skin disorders from dermatitis to skin cancer after prolonged contact (remember the older mechanics whose hands were permanently ingrained with oil), not to mention inhaling the burnt by products of fuels and oils constantly.

At the end of my time in the motor trade (mid 1990s) it was being introduced that the customer would be charged for the PPE (inspection gloves and face masks) and safety chemicals (brake and clutch lining cleaning sprays) as a part of their servicing charge in an attempt to protect mechanics who have to deal with these hazards on a daily basis.

The building trade also has its fair share of carcinogens, again from di-isocyanates in adhesives, paints and expanding foams. Hardwood dusts can cause cancer of the nasal passages. A more recent introduction is the use of MDF (Medium Density Fibreboard) that deposits a very fine but heavy dust that can be breathed deeply into the lungs. The material itself is a compound made from scrap wood and dust that is bonded by a resin containing formaldehyde, which in itself is a known carcinogen, something which has earned it a reputation as a ‘modern day asbestos’.

Asbestos itself meanwhile remains prevalent in construction\deconstruction activities, as is silica, being the biggest cancer risk in the building trade after asbestos. Silica is similar to MDF in the way that very small particles of respirable crystalline silica (RCS) can be breathed very deeply into the lungs.

So in short; be aware of the chemicals and activities you undertake in the workplace, and always read the COSHH (Control of Substances hazardous to Health) data on new chemicals introduced to your workplace. If you do have any suspicions of workplace chemicals being harmful talk to your safety representative for further information on them, or read the accompanying COSHH sheets.

If you have any personal concerns regarding occupational cancers, it is advisable to contact a doctor as soon as possible, as with most cancers, the earlier they are detected the better the chances of successful treatment.

The workplace is safer than it has ever been but with a little knowledge and attention it can be even safer. 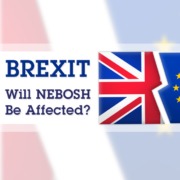 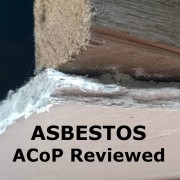 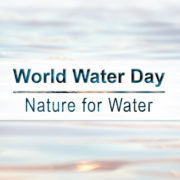 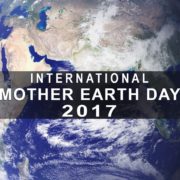