Stand Up for Equality and Make a Difference

Today marks International Women’s Day 2017, placing a global call out to stand up for equality and make a difference. Online awareness is being raised under the banner of #BeBoldForChange but offline is perhaps where the campaign ultimately aims to make the most impact, given that it is offline where women have historically faced the most adversity.

Looking back provides the contrast for us to see the progress that has been made in gender equality, with prejudices in the not-too-distant past reassuringly seeming quite shocking by today’s standards. It also underlines the continued importance of standing against gender targeted bias and mistreatment at home and in the workplace.

History tells us that women started to make a stand for equality in the early 1900’s. In 1908 there was a historical march through the streets of New York City consisting of around 15,000 women demanding better pay, shorter working hours and the right to vote. Around a year later in the United States the first National Women’s Day was observed in accordance with the declaration by the social party of America.

In 1910 the leader of the ‘women’s office’ for the social democratic party in Germany, Clara Zetkin, suggested that there should be a day in every country for women to express their views on equality. Over 100 women from 17 different countries attended a conference where Clara’s suggestion was agreed upon and the beginnings of the International Women’s Day (IWD) we know today were formed. Women would be able to bring together their achievement’s and support other women. Expressing their political, and social views by bringing attention to equality differences in gender, and pushing equal rights.

A year later Austria, Germany, Switzerland and Denmark officially recognised IWD though it wasn’t until 1975 that it was recognised by The United Nations. Through the years, the date wasn’t consistent throughout the countries, but eventually in 1913 the day was officially set to March 8th providing a single event for women of the world to rally around, lending greater cultural weight to the day.

Workplace Wellbeing matters. Make a change and establish yourself as a professional!

The Struggle for Gender Equality

The struggle for gender equality shouldn’t be confined to the past though, resistance to the idea and complex issues persist to this day around the globe emphasising IWD’s continuing pertinence. To highlight one of the most extreme well known examples; Malala Yousafzai, born in 1997 in Peshawar, Pakistan was the youngest person to receive the Nobel prize in 2014 for her dedication in speaking out for girls to have the right to an education. Unfortunately it was this very bravery which led to her being targeted and seriously injured by the Taliban, something which is still believed to make her a target to this day.

It’s worth bearing in mind that not all misogyny is exemplified by assassination attempts either. The message we should take away from the day is that discrimination based on gender is wrong no matter what the circumstances or location.

It’s by no means limited to the following, but within the workplace discrimination against women or indeed any other group, belief or set of physical characteristics is especially damaging. Putting colleagues down or treating them unfairly on this basis is likely to have a negative impact on their wellbeing and attitude. An atmosphere of contempt and distrust where employees feel they cannot expect fair treatment is not one anyone will want to work within.

Facilitating or turning a blind eye to obviously sexist practices or gender based bullying could be the start of a slippery slope leading into company oblivion. If you know it’s taking place then you need to ‘Be Bold For Change’ as the alternative is something no one should want.

Different countries celebrate this day in a variety of ways. Some countries mark it as an official holiday, while others celebrate it in a similar way the UK celebrates Mother’s Day. The men will give their wives, girlfriends, mothers and close female friends flowers and gifts to show their appreciation. Around the world women hold thousands of events supporting gender equality like rallies, networks, charity events, and conferences, making women feel valued and empowered.

With all this said though, the World Economic Forum predicts the gender gap will not close entirely until 2186, meaning the efforts cannot be temporary or half hearted.

Anyone can get involved to help support gender equality to make this date closer, no matter what your own gender may be – the goal is equality after all. Visit the official site of Independent Women’s Day here to find out more: https://www.internationalwomensday.com/Theme 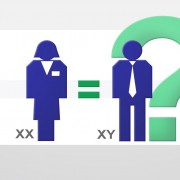 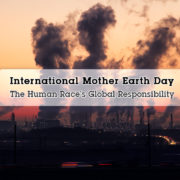 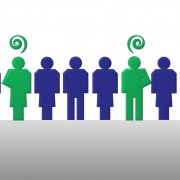 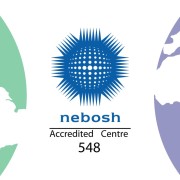 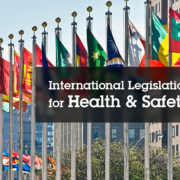 International Legislation and Where it Comes From