Sexual encounter on a business trip

In a fascinating and spectacular test case, the Australian High Court has ruled that a government agency is not liable for injuries suffered by a government worker during a sexual encounter whilst she was on a business trip. You can read the details of the case and press commentary at the link provided: http://tinyurl.com/ly9368k.

Many may find it surprising that this case even made it to the High Court. It is even more surprising that, after following a number of appeals to different Tribunals, the claimant was eventually successful in the Federal Court. The question was whether she sustained the injuries during the course of her employment. Under Australian law, the employer’s duty of care extends to ‘intervals’ or ‘breaks’ during work time. Since she was on a business trip she was technically ‘at work’, albeit on a ‘break’ when the injury occurred. Therefore the injury was sustained whilst in the course of her employment. As a result the government was liable for her injuries.

Comcare, the Australian injury compensation scheme for Government employees, challenged the Federal Court’s ruling and took the matter to the High Court. At the heart of their argument was whether or not the employer encouraged the ‘activity’ she was undertaking. Whilst she was technically ‘at work’ (i.e. on a business trip), was this sexual encounter a ‘work activity’ in the true sense? How can the employer be responsible for activities they do not encourage? Was she not on a ‘frolic of her own’? The court found in their favour and the claimant now has exhausted all of her routes of appeal. It is interesting when the law and society’s sense of natural justice contradict one another. Most commentators agree that this ruling is victory for common sense, and yet it required a ruling from the High Court to make that determination. The law is supposed to be society’s current consensus on what is morally right and wrong. And if that is the case would it be morally right for an employer to be held responsible and have to compensate an employee for an injury which could not be reasonably foreseen nor prevented by them? Probably not. However, on the flip side, what if an employee is severely injured and unable to work? Would it be morally right to withold compensation and condemn them to poverty? It is a difficult question, and best answered on a case by case basis.

Luckily it would seem the High Court reached the right decision in this instance. The injury was not reasonably foreseeable and not sustained as part of her work activities. While not knowing the full details, it does beggar belief that such an injury would cause “post-traumatic stress disorder”. It is more likely that the embarrassment of the international press coverage would cause more stress. 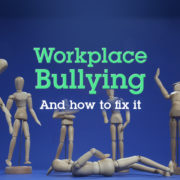 Next step in your personal development