Indeed, their popularity may speak of the bizarre comfort one feels in experiencing such dystopias, safe in the knowledge that this is not our world, just a little holiday into the heart of darkness set in contrast to the relative mundanity of our working lives.

When we decide we’ve had enough of mohawks, improbably modified vehicles and mutants the book closes, the game ends or we leave the cinema, returning to the safety net of reality we knew was always a moment away. Crucially, these fictional nightmarescapes lack one key feature for the viewer that characters within them are trapped by; genuine fear.

What on earth does the removal of fear have to do with ‘beating plastic pollution’ you may ask? It’s simple really, fiction is in danger of becoming a reality and we really aren’t scared enough by this.

I once read ‘Hollywood has all the answers’ and unfortunately there may be something to this; we laugh off fictional apocalypses as absurd fantasy, but these stories are often commentary on our present situation through a ‘what if’ filter. They speculate possible worst-case-scenario futures and while they haven’t occurred yet the possibility is always there to some degree.

I’m not talking about anything so radical as zombies, aliens, cyborgs or super mutants here. The danger is so remarkably simple that it’s bewildering many are totally unphased by it’s inevitability on our current course. I want to talk about what happens when there’s no more room for rubbish, why you should be afraid about what happens next and how action can be taken to stop this in its tracks.

This is your starters guide on preventing a trash planet future.

I’ve just talked about fiction, so let’s get straight down to the facts before I elaborate on possibilities.

Getting what should be obvious out of the way; plastic is non-biodegradable, it will not simply disappear on its own, one way or another it will come back to haunt us.

Much of it continues to end up in landfills, pushed out of sight much as the environmental danger is pushed out of mind for many. It’s getting worse too; from 1964 to 2014 the World Economic Forum noted a growth in plastic production from 16.5 million tonnes to a whopping 311 million tonnes*1. Suffice to say much of this is disposable and ends up in the wrong places.

Having trouble getting your head around those numbers and measurements? To rephrase with their analogy; this is the equivalent in mass to 900 Empire State Buildings. In turn, last year a global analysis put a total estimate on mass produced plastics since the 1950s at 8.3 billion*2.

Crazy numbers, right? Numbers which are all too often forgotten as the contemporary human is seemingly pre-programmed to gasp at large figures, moments before filing them away in the ‘do not open’ section of our mind to be forgotten before the weekend rolls around.

If the sheer volume of waste doesn’t make an impact, perhaps the plight of other living creatures might. Besides landfills, our oceans also take much of the brunt from waste plastics. Consider for example, that on our current course it’s predicted by 2050 that the oceans will contain a greater weight in plastic than fish*3.

32 years seem too far off to care? How about the more immediate concerns? Consider that plastic microbeads are already being found in the ocean food chain and – while seeing progress in bans – are only a small part of it. Plastics are finding their way into fish, birds and ultimately people. Toxins absorbed from plastic even at the plankton level work their way up the chain and end up on our plates.

On a larger, more visible scale the effects of ocean plastic pollution can be observed directly in cases such as the Great Pacific Garbage patch; a floating mass of plastic waste estimated at 1.8 trillion pieces of plastic weighing around 80,000 tonnes*4.

Taking the problem to its logical conclusion; imagine this waste on your streets, in fields piled up against trees. Inescapable, seemingly omnipresent in your lives.

Imagine going to the beach and being greeted not by pristine greens and blues, but a harsh unbroken wall of mismatched colours as manufactured plastics clatter together in the waves before being stranded across polluted sands.

Imagine the now rare sight of a wild bird, starved and slowly dying with a stomach full of plastic. You stand watching as it chokes its last breath, realising it may be among the last you see.

Passionate about protecting the environment? Make a career of it! Study online for a NEBOSH Environmental Management Certificate here.

I realise this might seem a little heavy handed, but the shock is justified. The example figures, and problems listed previously are just a small part of the bigger picture. The truth is that it’s happening all over the world and I could pull up enough horrifying facts to populate dozens of blogs like this. It’s bad and it’s getting worse.

However, it’s not hopeless. In the end, despite the scale of the problem it all stems from one place; consumption of plastics.

In line with the themes I discussed earlier I wanted to establish some genuine fear about what a plastic polluted future may hold. However, I don’t want to inspire jaded nihilism as a lack of care is a major part of the problem.

On a large-scale action is being taken to reduce plastic waste by governments, councils and environmental organisations but it requires the support of the populace; in essence you and me.

You won’t have to turn your life upside-down to make a difference, just make a few adjustments and (even better) encourage others to follow your example.

Just for starters try the following:

These pointers are essentially just the tip of the proverbial plastic-berg but it should at least see you headed in the right direction. The important things to keep in mind either way is to consider whether you need to use a plastic item in the first place and where it will end up after you are finished with it.

In the end it falls to all of us to stop the plastic-pocalypse and keep Hollywood’s horrors in the realm of fiction. 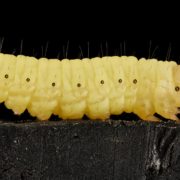 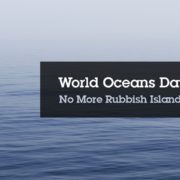 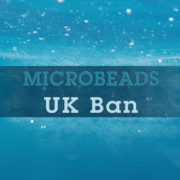