Lately, a few news articles regarding incorrect operation of gas flues reminded me of a close call with Carbon Monoxide (CO) I had some years ago.

At the time, the incident in question underlined how vital carbon monoxide detectors are in properties with gas boilers, however in recent years as I have become more familiar with Health and Safety culture it has made me reconsider my original response.

Detection of Carbon Monoxide is only part of the issue, the other half being responsibility and appropriate consequences.

As most people do I was repeatedly given the usual fire safety cautions growing up, chief among them being a heavy emphasis on ensuring your household has at least one functional smoke detector. As most people do I was shown the typical educational shock videos showing what happens when you don’t. The lesson stuck and I made sure to regularly check my smoke alarm’s battery.

However, what was less often emphasised during my childhood is the importance of a carbon monoxide detector. Perhaps things have changed in education more recently, but I rarely recall the virtues of the latter being mentioned and as such I rarely considered the importance of a CO detector.

That is, until a shocking incident forced me to.

It was in the middle of a particularly turbulent week while our neighbours were having their house extended when an alien sound I hadn’t heard before broke through all the drilling and crashing; it was our CO detector.

Puzzled rather than alarmed we checked the detector and observed it was past its estimated expiry date and put its continuing alarms down to faultiness, resolving to buy a new one the next day. We did just that and like clockwork, 30 minutes later the replacement began going off.

Raise your awareness of construction SHE standards and open new employment options.

Becoming increasingly disturbed we called in an engineer to check our boiler and see if it might be the source of the apparent leak. He checked and nothing was amiss, however noting the work going on next door he decided to investigate on a hunch. Twenty minutes later he returned looking pale and unsteady telling us he’d found the source of our CO alarm.

It turned out the builders working next door had moved the boiler there into the extension they were building. Where they’d gone horrifically wrong was in placing the flue pipe inside their construction; gradually building around it and progressively trapping more of the deadly gas within the house and – thanks to our connected design – flooding into our own too.

I don’t particularly like to imagine what might have happened without our Carbon Monoxide detector; but given that we’d already begun to develop headaches and dizziness symptomatic of monoxide poisoning it’s safe to say nothing good. Between our households that detector may well have saved seven people’s lives, two of them children.

Perhaps you’re tired of hearing this, maybe education has improved and there’s a much greater awareness of the dangers carbon monoxide prevents than when I was growing up. What is always worth reiterating is that unlike a fire, a CO leak can’t be smelled, seen or heard but can be just as deadly unchecked.

Take action, call it out and make a change.

It’s worth noting that the incident in question occurred long before I worked for SHEilds and thus before my awareness of HSE regulations and penalties became more developed. At the time, I raised the issue with my neighbours along with the engineer we called in, however somehow, I doubt enough serious action was taken against the builders responsible.

Seeing recent stories about prosecution and fines in comparable circumstances underlines that the issue is always worth pushing and that when potentially fatal mistakes are made through complacency penalties need to reflect their severity.

A few years ago, I would have simply ended this blog by underlining how important carbon monoxide detectors are and that their alarm should never be written off as a fault. Unfortunately, too many of these incidents are rooted in easily preventable complacency rather than unpredictable misfortune.

If you’re worried about a boiler’s installation, feel a worker isn’t qualified or have just had a close call similar to mine don’t brush it off as “one of those things”. Carbon Monoxide is a silent killer, so it’s up to us to raise our voices and prevent disaster.

Take action, call it out and make a change.

Want to find out more about Carbon Monoxide and detectors? Check out these related blogs: 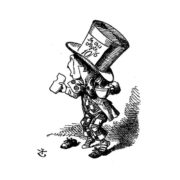 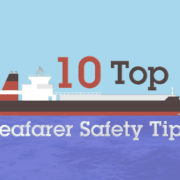 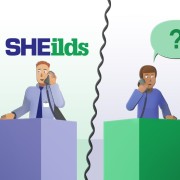 Thoughts from a course advisor at SHEilds 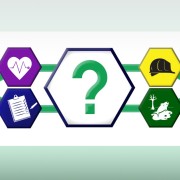 SHEilds or Shields Health and Safety?
Scroll to top